HOW TO MAKE MONEY WITH AMAZON: START SELLING THEIR INVENTORY

In March of 2017, we highlighted that Amazon was “fast becoming an ad platform.”

Just a year and a half later, the tech and retail giant rebranded their advertising business into the intuitively named, Amazon Advertising. The initiative reflects the platform’s rapid growth and maturation from being lumped into the company’s “Other revenue” category last year to being on pace to generate over $8 billion this year.

Like Facebook before it, Amazon would likely have hockey stick revenue growth with or without millions of dollars in free promotional inventory from radio encouraging listeners to check out the platform.

However, there appears to be a disconnect between the valuable on-air inventory being given to promote smart speakers and a clear monetization strategy for radio.

In the meantime, Amazon’s advertising strategy continues to accelerate.

Within radio, there’s near universal agreement that spot loads are too high.

Yet we run promotional inventory that highlights another rapidly emerging advertising platform that by 2020 will likely be larger than the entire radio industry, while we struggle to promote our core on-air product that drives over 90% of AM/FM’s revenue.

Adding insult to injury, we’re not reaching digital natives with a smart speaker, streaming message. Instead, we are taking that message directly to our employed, core listeners who seek us out and continue to listen on actual radios, essentially undermining our own self interest.

Perhaps this valuable on-air inventory could be repurposed to reinforce and promote on-air listening, while mixing in an occasional smart speaker promo, using a ratio that reflects the amount of listening that we would reasonably expect the devices to contribute 12 months from now.

Meanwhile, spending time off-air, crafting a compelling value proposition for your employed listeners, which will keep your station top of mind on voice activated devices and in the car along with a corresponding monetization strategy is certainly time well spent.

Worth noting, even a voice activated world without presets is very much a moving target. Take for example the MIT Media Lab, which is already developing technology that can generate search commands based only on what you’re saying to yourself. As Popular Science describes it, “It’s like having Siri listen to your internal commands.”

Until then, we are playing checkers, while Jeff Bezos plays chess.

As evidenced by his recent interview in Forbes, “Friends congratulate me after a quarterly-earnings announcement and say, ‘Good job, great quarter,’ and I’ll say, ‘Thank you, but that quarter was baked three years ago.’ I’m working on a quarter that’ll happen in 2021 right now.”

On behalf of Catherine Jung, Doug Smith and everyone at DMR/Interactive, thanks for reading and working to drive radio forward.

Amazon is now worth $420 billion with a stock price just below $900 per share, but for Jeff Bezos there’s no time to rest. It’s always Day 1 and this has been his unrelenting mantra for 20 years.

In his recent letter to shareholders, Bezos shared why it’s so important for Amazon to maintain a start up mentality. 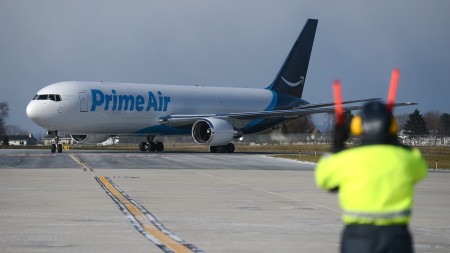 According to Bezos (see full letter here), the best way to maintain this Day 1 vitality is “obsessive customer focus.”

For Amazon, there are many advantages to being customer-centric, but the best one is “customers are always beautifully, wonderfully dissatisfied … Even when they don’t yet know it, customers want something better, and your desire to delight customers will drive you to invent on their behalf.”

As a young Vince Vaughn said twenty years ago in the movie Swingers, “You always double down.”

The Desire to Delight Customers

Compare Amazon’s approach, which is even brought to life with the smile logo on the tail of Amazon Prime airplanes with the current state of passenger airline service.

As blogger Gary Leff told The New York Times, “There’s a lot of blame to go around, not the least of which is the overall culture of aviation where customer service issues have become law enforcement issues.”

This wasn’t always the case. Prior to the Airline Deregulation Act of 1978, “the government controlled airfares and routes, and airlines vied to differentiate themselves with meals and leg room.” Over the last decade, airlines have unbundled services, making checked bags and meals, “pay-per-use options.”

Radio deregulated 20 years ago and in the time since, are we operating more like Amazon or the major airlines?

For the last 10 years, PPM markets have been engaged in longitudinal samples. Yet many stations still arbitrarily restrict winning (and listening) with their contest rules: “An individual may win a Contest or Sweepstakes only once per six (6) month period unless otherwise specifically stated.”

Taking it one step further, some in radio still refer to listeners who demonstrate brand loyalty by regularly playing along with station promotions, as “contest pigs.”

Even before the 1996 Telecom Act, it was difficult for a listener to get someone in the studio to answer the phone. Now on social media, when everyone gets to see in plain sight listeners being ignored by a station, how many questions and comments go unanswered?

The good news is that more and more stations are demonstrating Day 1 thinking. For example, embracing tools like Promosuite Next, which empowers the front desk to Surprise & Delight select listeners as they come in to pick up their prize. These listeners in turn are posting about the great experience with their favorite station even before they get back in their car.

Other clients are using our audience visualization and mapping tools to plan promotions and events that maximize the impact to both core listeners and advertisers. 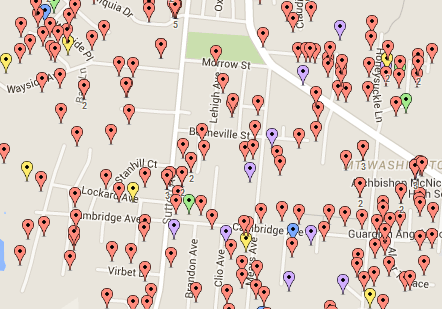 Best of all, the benefits of providing enhanced customer service to Super-Fans and Amplifiers are self evident and when the necessary tools are provided to empower your team, it allows radio to consistently achieve Day 1 thinking.

From there, opportunities exist to expand Surprise and Delight efforts, which further drive marketing ROI by increasing listening occasions with Top of Mind Awareness.

On behalf of Catherine Jung, Doug Smith and everyone at DMR/Interactive, thanks for reading and working to drive radio forward with Day 1 thinking.

When you first hear about the Drone Racing League (DRL) and its $100,000 salaries, you have to double check to be sure you’re not reading an article in the Onion. However, as the facts come into focus, you start to wonder why you never heard of it before.

As a newly minted startup, last year DRL signed a broadcast deal with ESPN and secured a sponsorship with Bud Light. Overall, 28 million people watched the first season of races.

This year, Allianz Insurance has been secured as a global title sponsor and the second season is set to be broadcast by ESPN and Sky Sports into 75 countries. The upcoming season consists of six global tournaments starting in Miami and finishing in London.

This is for real.

According to Business Insider, “The drones reach speeds of up to 80 miles-per-hour … all the league’s pilots fly the same drones, made by DRL.” In fact, “16 pilots will compete in three of the first four races in Miami, Atlanta, New Orleans, and Boston to accumulate league points. The top 12 will go through to the semi-final in Munich from which the top eight will compete in the London final.”

Traditionally, most sports leagues are focused on live events, but that’s not the current model for DRL. According to Horbaczewski, “We’re focused on post-produced content. It’s the most compelling way to see this.”

Meanwhile, CNBC reports that DRL pilots can earn $100,000 per year which allows them to focus on the league full time and potentially become modern equivalents of NASCAR drivers, which is having significant problems of its own with attendance and ratings.

The Connection to Radio

Reading a Sports Illustrated article from earlier this year (they’re as good at securing major PR placements as they are at sponsors), the opportunity for radio came into focus.

“Sports leagues are not companies. They’re ecosystems. In the center of it is this thing called your league. That’s really just the gravitational center, and you need to get an orbit around you, all of these other people. You somehow need to make it all happen at once. You need broadcasters, you need fans, you need athletes, you need sponsors, you need venues. You need to get everyone aligned and rotating around this idea every step of the way … No one of them is enough but all of them together in alignment creates a sport.”

If sports leagues aren’t confined to being companies, then in a similar way, there’s an opportunity to re-imagine radio.

Your station isn’t a frequency on the dial. It is an ecosystem. In the center of it is this thing called your brand. That’s really just the gravitational center, and you need to get an orbit around you, all of these other people. You somehow need to keep it happening all at once. You have a signal, personalities, music, listeners, sponsors, email club, website, mobile app, stream, social media platforms, live events, station vehicles, street teams, charitable fundraisers and contests. You need to get everyone aligned and rotating around the value proposition of the brand every step of the way … No one of them is enough but all of them together in alignment creates an ecosystem that can compete and win in a mobile world.

In our recent column about the Illusion of Infinite Choice, several thoughtful observers raised questions about whether station apps have enough Top of Mind Awareness and stickiness to make them one of the three apps that people consistently use on their mobile devices?

While there are a variety of perspectives to consider with that line of questioning, fundamentally radio has an opportunity to think bigger and more holistically. If stations are an ecosystem, the question becomes is each local brand strong and relevant enough that people are consistently making it a priority and seeking it out across platforms?

This would include engaging with a social media post from the station or even better, engaging with something posted by another listener, opening a station email, listening on-air or to the stream, spending money with an advertiser or attending a station event.

None of these elements are sufficient on their own, but together each one contributes to a thriving local ecosystem that has monetization opportunities throughout.

On behalf of Catherine Jung, Doug Smith and everyone at DMR/Interactive, thanks for reading and working to drive radio forward.